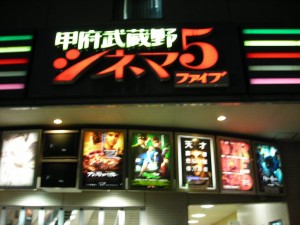 I got two discount movie tickets from the university. They were valid till the end of January only in one movie theater, “Kofu-Musashino Cinema 5“.

I wanted to see The Social Network, but it was dubbed into Japanese in the theater.  So we chose Unstoppable.  It was better than I expected.  I liked the simplicity of the movie, whereas Katya thought it was too simple and that at least one of the two must die.  I understand what she says. Denzel Washington could have died, but that scenario would been a stereotype, too. 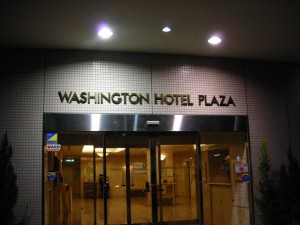 There is a hotel just by the movie theater, and we went up to the 13th floor for a dinner at a restaurant, “Ginza Haccho“, where a farewell party was held for my ex-colleague.  Katya has not been to this restaurant, so I wanted to take her.  The foods were OK.  Yellowtails were good with sashimi or grilled; winter is the best season for them (or for us to have them).

Chickens are good in Kofu, and we had chicken BBQs, too 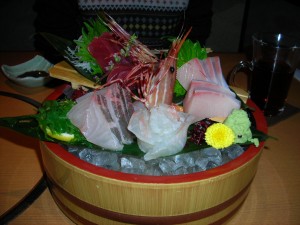 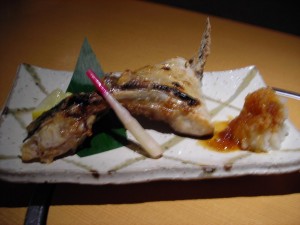 We sat by the window and had a good night view of downtown Kofu. 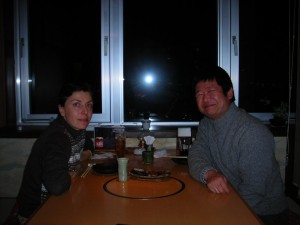 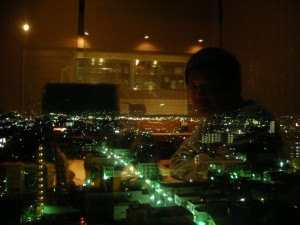 Maya-san was keeping the apartment all by herself.  She was happy to see us.  We took her out for a walk.

Hello! I am a scientist running apartments in Tokyo and Yokohama. If you are willing to live in Japan, please get in touch.
View all posts by Muravej →
This entry was posted in Daily life, Katya, Liesure, Restaurant and tagged apartment, dinner, hotel, Katya, movie, party, restaurant, sashimi, university. Bookmark the permalink.