After I got up, I took breakfast in Toyoko Inn; the breakfast is included. I think Toyoko Inn is a reasonable hotel chain in Japan. The rooms are small but clean, taken care of, and well-equipped. The breakfast is fair for Japanese people (if you do not eat Japanese food, you need to go with bread and coffee, much less tasty).

It was rainy. I took a taxi to the wedding-ceremony hall.

I got there at 10 AM. I met my old friends, ex-students, and professors. We were brought to the lounge, where we took drinks. 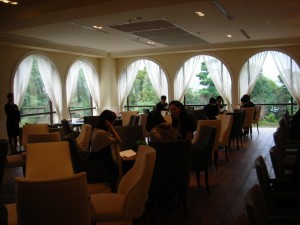 We waited for the wedding to start, talking over a drink. 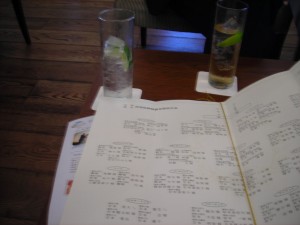 Before 11 PM, all the attendees went into the church, constructed only for the weddings, like churches in hotels in Las Vegas. In spite of the fact, the church was simple and neat. The couple thus chose a Christian wedding today; one can choose any time of wedding in Japan as you wish. 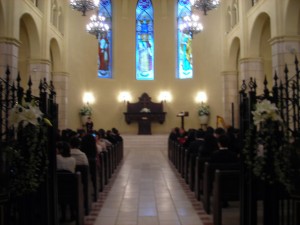 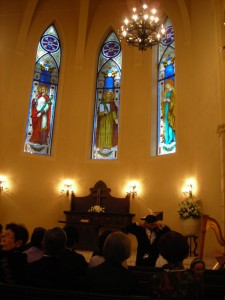 The priest/clergywas (probably) an American who talked both in English and Japanese. It was funny that some people were arranged so as to say “Amen”, and that the priest often bowed to be polite to the attendees.

He did not read the Bible.  The style seemed to be a combination of Catholic and Baptist, a style, I think, the Japanese image to be Christian. I am not too cynical. It could be an indication that love overcomes religions (maybe a bit sarcastic, but not critical).

After the wedding, people did “flower petal showering” instead of a rice shower. It is understandable because rice is not romantic here. Since it was rainy, we did it in the hallway. 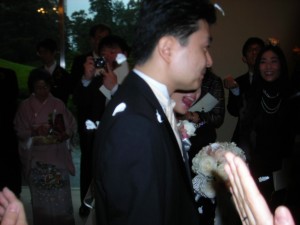 Then, we proceeded to a wedding party in the party hall. 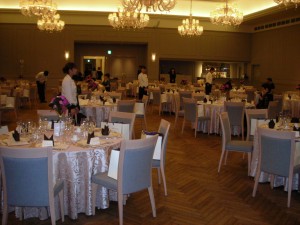 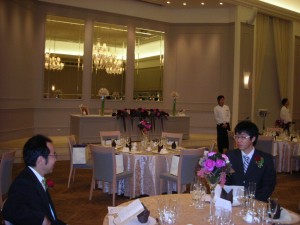 The numbers of participants on the bride side and the broom side are arranged to be exactly the same for the fairness on both sides. Each table was taken by several participants, and the more important (mostly socially) you are, the closer you sit to the couple.

The theme of the party given by the couple was given as “ribbons”, which tie the people and make the relationships. The mother of the bride is a flower arranger, and she made many arrangements. 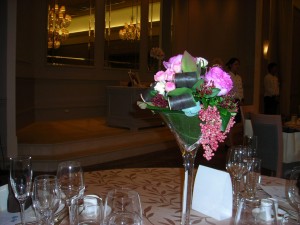 Each single moment was recorded by videos and cameras by professionals. 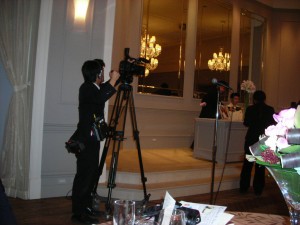 The couple came in and the two sat in front of everybody. 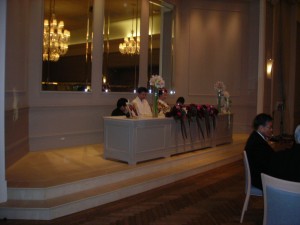 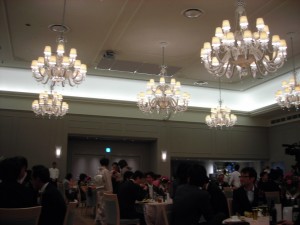 The party was like a show. People came and talked with a microphone, video projection, cutting a cake with a Japanese sword, a singing, change of wedding costumes, games, etc., etc. 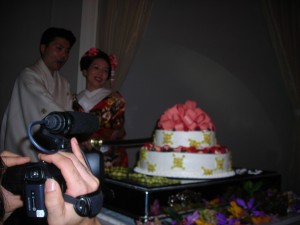 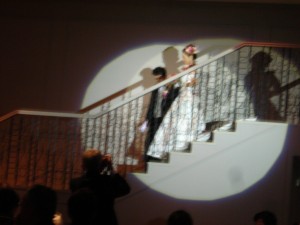 The Japanese/Western mixture of foods were served at the table. 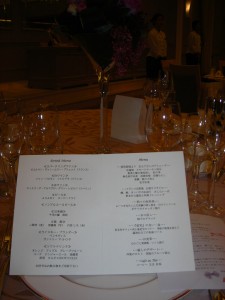 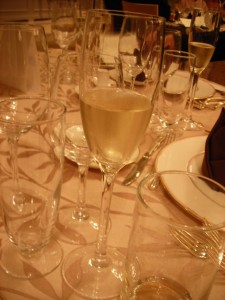 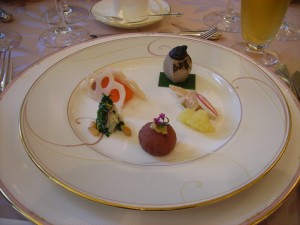 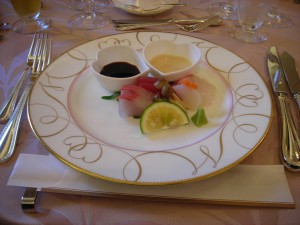 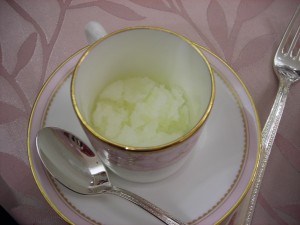 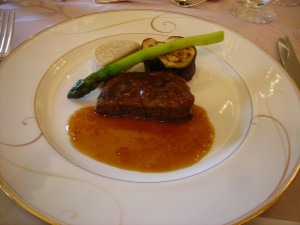 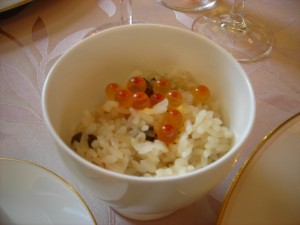 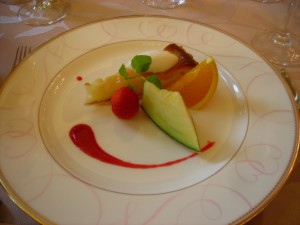 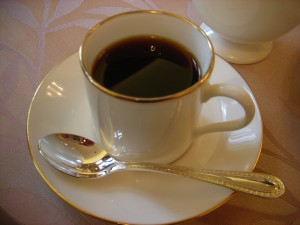 Sword-cut cake was provided by the groom. 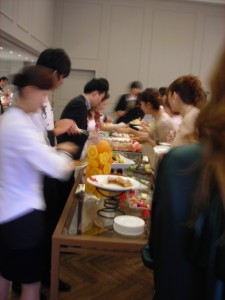 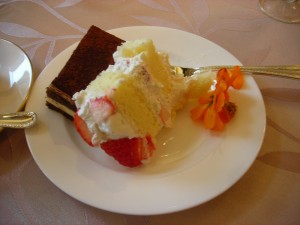 I found out now that I had forgotten to take a picture of fish.

During the wedding, people went to the couple to talk with them. They were very busy. Probably no time to eat, but the groom made toasts with the attendees.

They also walked around tables, talked, and took pictures. 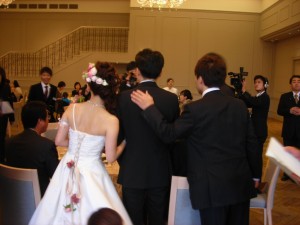 Surprisingly, at the very end of the party, a short movie was presented with the end roll showing the name of the attendees!

Fortunately, rain stopped. Everybody got out with a balloon to let them fly. 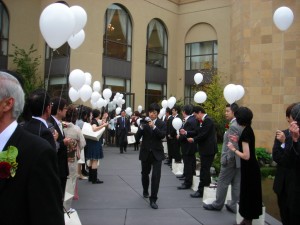 It was childish but pretty.

It was a long wedding. I took a bus to the airport.

Since I was not able to reserve a seat, I waited for the cancelling.

I managed to get on the plane at 6:30 PM. The name of the airline was “Solaseed“, a company based on the Kyushu area.  It was comfortable inside, and I do not complain.

I arrived home at midnight.

Hello! I am a scientist running apartments in Tokyo and Yokohama. If you are willing to live in Japan, please get in touch.
View all posts by Muravej →
This entry was posted in Daily life, Liesure, Maya-san and tagged hotel, Kumamoto, student, teacher, wedding. Bookmark the permalink.