Katya and I took Maya-san to my parents’ in Shimosuwa. We are going to spend this weekend in Tokyo.

After leaving Maya-san at my parents’, we left Shimosuwa station for Tokyo. 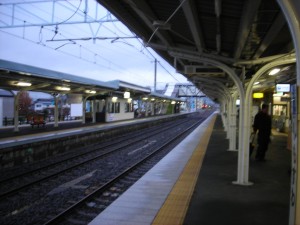 I took a  video with no driver in a driver’s room.

Normally, this train is of nine cars, but today, they added two more cars to make it a 11-car train. The driver was in front of the train two cars ahead.

We arrived in Ueno. In Coca, a Thai restaurant by the station, we had dinner. 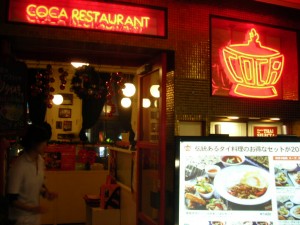 Unfried spring rolls and a grounded-pork salad for appetizers. 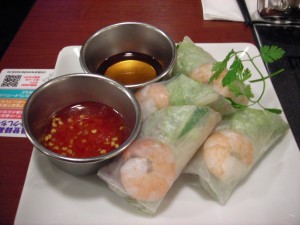 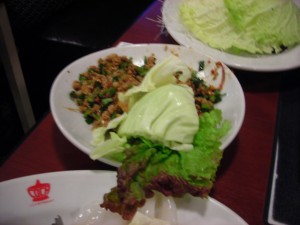 The grounded pork was spicy and very good. We liked it very much.

I have never tried “Thai suki” and ordered one. I heard that Thai suki had started at Coca restaurants in Thailand, so it would be a good start for us. 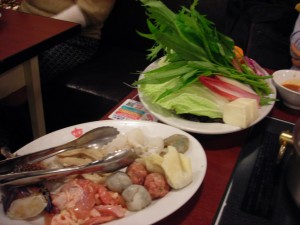 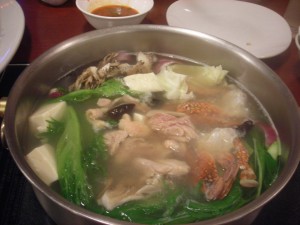 It was like shabushabu. The sauce was spicy but the pot itself did not seem very original. Good though. 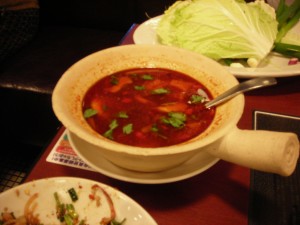 For dessert, we had mango pudding. It was good but too rich for me. Katya liked it very much.

The dinner was OK. Then we walked around Ueno. There were many people enjoying Saturday evening.

We moved to Kinuya hotel. It was very close from the station. We passed through Ueno Park.  Unfortunately, it was too dark. 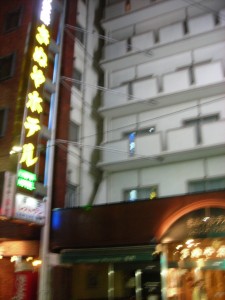 Because of the motor show, we were not able to find a better hotel. The hotel is OK under this situation.

Hello! I am a scientist running apartments in Tokyo and Yokohama. If you are willing to live in Japan, please get in touch.
View all posts by Muravej →
This entry was posted in Daily life, Katya, Liesure, Maya-san, Restaurant, Trip and tagged dinner, hotel, Katya, Maya-san, parents, restaurant, Shimosuwa, Shinjuku, Tokyo, Ueno. Bookmark the permalink.