I leave mini at my parking space, and try to have it fixed next week.

After breakfast, Katya and I went out with Maya-san to find a piece of wood and some plants for the aquarium. We went to “Fish Land Ishihara“, the biggest fish shop in Kofu as far as we know. 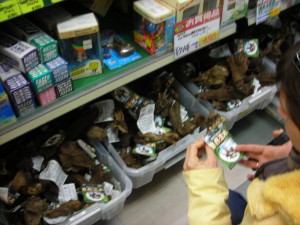 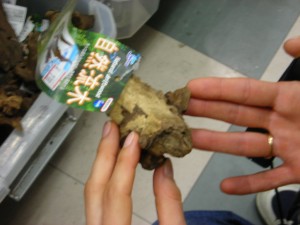 For those who bought more than 1,000 yen, they gave a chance of goldfish scooping.

I just tore the paper.

Well, let me explain one thing. At the festivals, the water is not oxygenated so the fish come near the surface for air. In this tank, the water was fully oxygenated by a pump, so the fish kept swimming all down in the water!

Then Katya drove us for a walk around Takeda Shrine. Although it is winter, leaves are still on the trees. 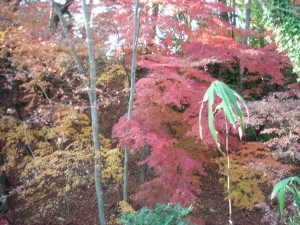 We came home, had a light lunch, and got ready for a winter tennis.

We played tennis for one hour between 5 and 6 PM at Yamanashi Prefectural Youth Center.  We practiced hitting mainly on the baseline.

We decided to go to a Chinese restaurant, “Juntoku Isawa”. 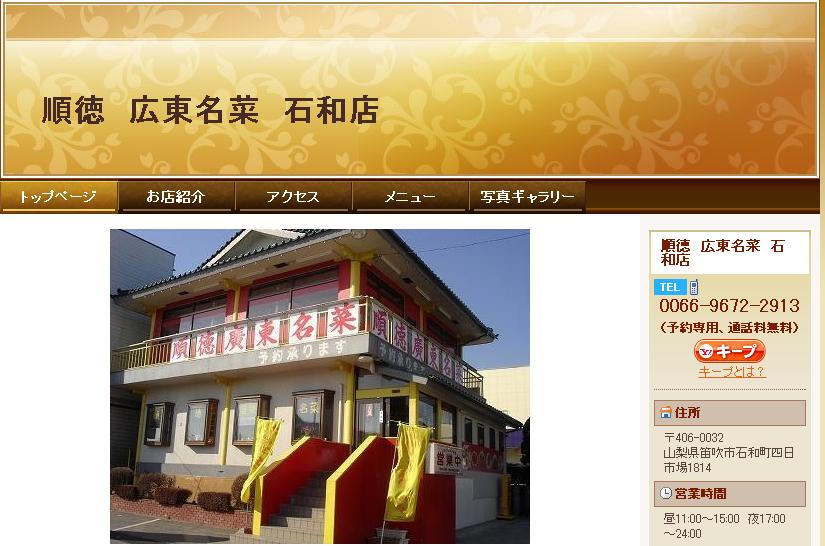 This is one of the genuine Chinese restaurants around here.

When we arrived at the restaurant, we found something strange.

It is a new restaurant! “Dohshinbo” was the name. 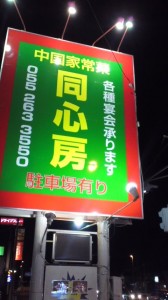 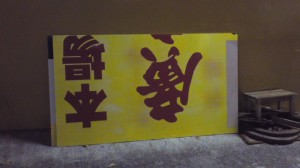 Very bad impression, but we ventured into the new restaurant. Everything was renewed. 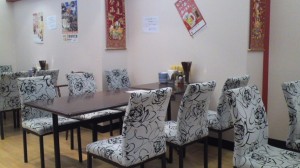 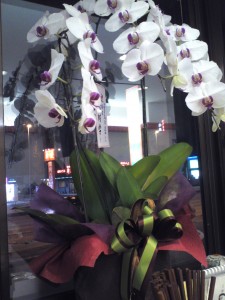 The waitresses and cooks were from Dalian. 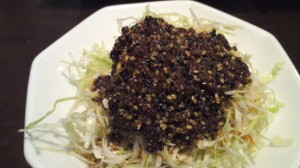 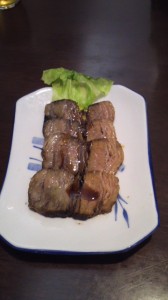 Since the restaurant was newly open on December 1, they gave customers free Chinese rice wine, of which I had two glasses. 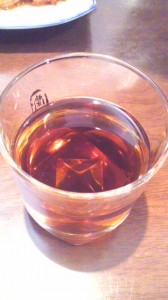 The main dishes were good and satisfactory. 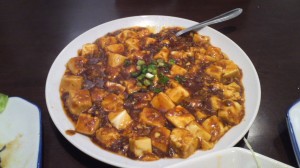 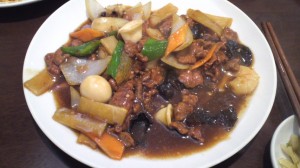 For desserts, we had fried rice cakes. 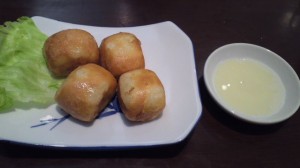 Satisfied we were. Glad they still keep the good, genuine tastes of Chinese dishes in this new restaurant. We decided to come here often.

Katya and I went back home. Maya-san welcomed us as usual.

We decided to drink Chanmery. Yes, it made a “pop” sound. 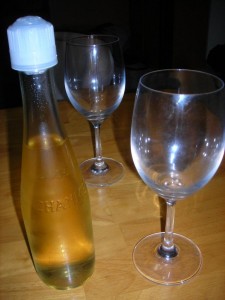 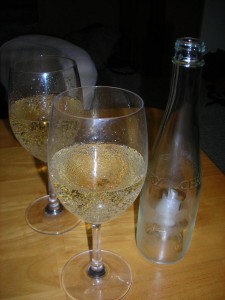 Surprisingly, it was not simply a sugared, carbonated water. It does have a taste of grapes and should go well with foods, too.

We had tea and popcorn.  It was a good popcorn, which I found imported from Canada. 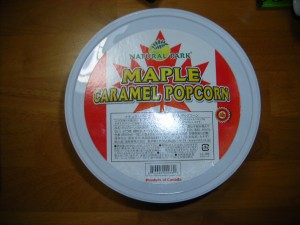 I did not now they even import popcorn, which should take more space (and money) to  import than importing corn to Japan.

But the popcorn was yummy. Is there any secret? Maybe the maple syrup?

Hello! I am a scientist running apartments in Tokyo and Yokohama. If you are willing to live in Japan, please get in touch.
View all posts by Muravej →
This entry was posted in Daily life and tagged aquarium, Chinese, Fish Land Ishihara, Katya, Maya-san, mini, restaurant, Takeda Shrine, Tennis. Bookmark the permalink.