We had buffet for breakfast on the 26th floor. Then we came back up to our room on the 29th taking an elevator.  The lounge is in the middle of the 26th floor.

From Shinagawa station, we took trains to Shimbashi, then to Odaiba. 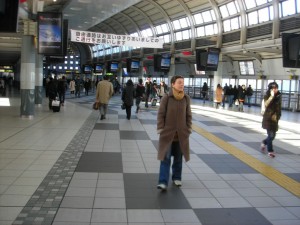 Odaiba is an artificial island created in Tokyo Bay.

The Statue of Liberty in Odaiba was originally situated between April 29, 1998  and May 9, 1999 for the promotion of French culture in Japan. The French government later approved to make a replica, which was fabricated in France and installed at the same location in Odaiba in 2000. 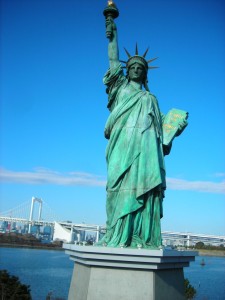 Good views are obtained from the shore. 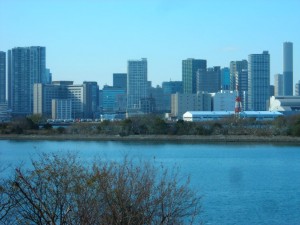 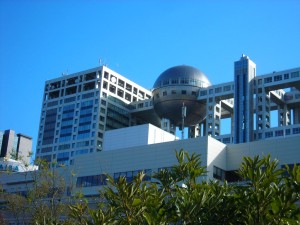 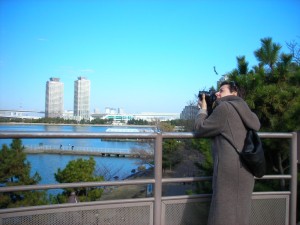 We had tacos and chicken wings for lunch at “Zest Cantina” in “Aqua City Odaiba“. 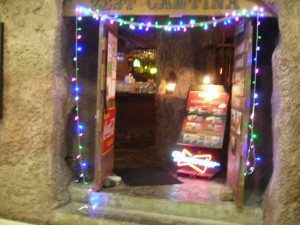 It was not Mexican, or even not TexMex, but we enjoyed the atmosphere inside, simulating a mine . 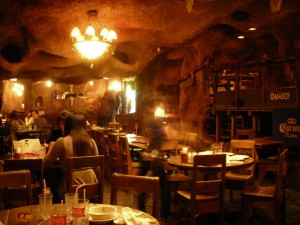 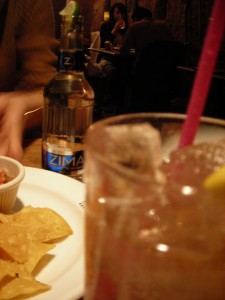 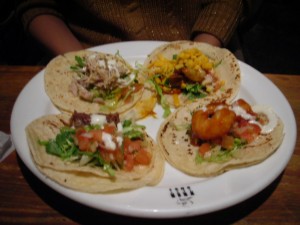 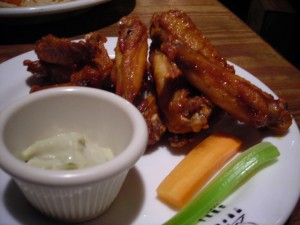 I bought a new-year present for Katya.

Then we went back to Strings Tokyo.

We watched a funny TV program, “Never laugh in this airport“.

We ordered a room service and and made a toast for the Year 2011. 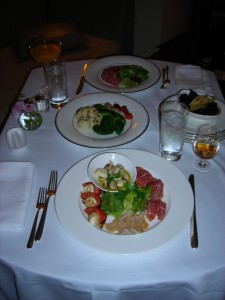 Hello! I am a scientist running apartments in Tokyo and Yokohama. If you are willing to live in Japan, please get in touch.
View all posts by Muravej →
This entry was posted in Daily life, Katya, Liesure, Restaurant, Shops, Trip and tagged hotel, Katya, Odaiba, Shinagawa. Bookmark the permalink.