After having blini for breakfast, Katya and I went to a “YAMADA” electric shop to buy an air purifier for Katya’s pollen allergy.

They recommended a Sharp or a Panasonic, and we chose Sharp, which is now being advertised on TV.

After coming home, I turned on the TV to watch the national memorial ceremony of the disaster.  Emperor presented himself after his heart surgery. He did a good talk (I am against the Japanese Emperor system, but I think he is a balanced person). 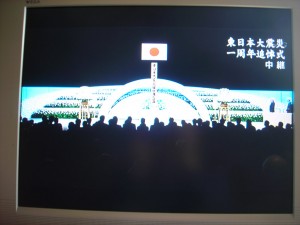 At 2:46 PM, we paid one-minute silent prayer to the victims. Although I am an atheist, I quietly thought of them.

I think the disaster has changed the mentality of the Japanese. We do not think our lives in the same way as before; our lives and the society seem less stable. Some communities namely vanished. However, the nation itself did not collapse, which also shows the basic strength of the country.

The world helped us, and we will not forget it.

After the prayer, I opened up the box and set the air purifier. 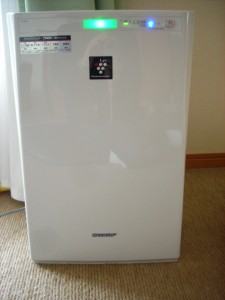 We were given a discount coupon of “STEAK GUSTO” at TSUTAYA when we rent DVDs, so we tried it. 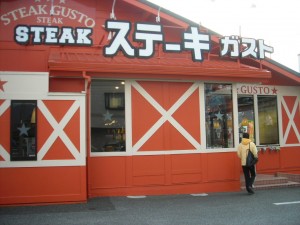 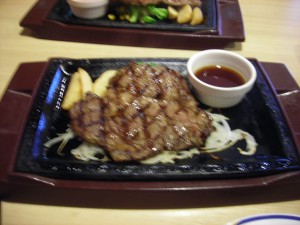 Well, honestly, we were not satisfied with the quality of the meat, although the salad bar was OK.

I was thinking of the time when the quantity of meat was limited after the quake.

The air purifier is working all day. Katya said that the eyes were not annoyed at all today!

Hello! I am a scientist running apartments in Tokyo and Yokohama. If you are willing to live in Japan, please get in touch.
View all posts by Muravej →
This entry was posted in Daily life, Earthquake, Katya, Shops and tagged air purifier, disaster, DVD, earthquake, Emperor, Gusto, Katya, pollen allergy, STEAK GUSTO, TSUTAYA, YAMADA. Bookmark the permalink.