Business trips to Shibuya and Kawasaki

In the morning, I went to Shibuya, Tokyo.  I visited an office of the real-state managing company I am asking to take care of my studio in Nakaochiai; the tenant of the studio is leaving at the end of February.  March is the month when people move the most in Japan, and it is relatively less difficult to find a new tenant.  Even though, a good advertisement is preferable.

We discussed in the office for 40 min.  The advertisement will be on the web next week.

In the afternoon, there was a meeting with judging members for a big project being carried out in our institute.  I am paid from the project, so it was an import one.  Beside the morning meeting in Shibuya, I was working with my laptop, preparing for my presentation.

I only talked for half an hour in the meeting, but it was a tiring moment.  I think I did a good job. Manager of our institute gave me a good compliment after the meeting. 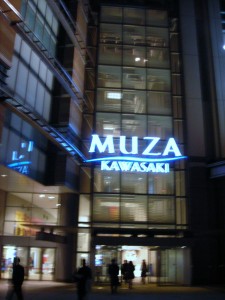 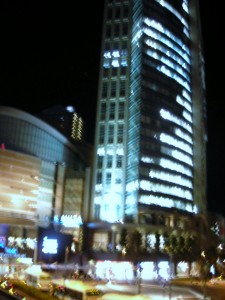 I was much involved in my preparation and I did not take photos during the day time.  After the meeting, I finally took pictures of the building in front of Kawasaki station., on the 21th floor of which the meeting was held.

I took a train from Shinjuku at 8 PM to Kofu.  I arrived home at 10 PM.  Katya made borsch for me.

Hello! I am a scientist running apartments in Tokyo and Yokohama. If you are willing to live in Japan, please get in touch.
View all posts by Muravej →
This entry was posted in Apartment, cooking, Daily life, Katya, Real estate business, Science and Technology, Trip and tagged company, institute, Katya, Kawasaki, meeting, presentation, project, studio, Tokyo. Bookmark the permalink.