The plane left Narita at 10 PM just for Paris.

In the plane, I was practicing French grammar using a small textbook I used during my university days.

We arrived at Charles de Gaulle Airport at 4 AM.  The temperature became lowered to 16 degree C; I had to change my shorts to jeans.

No shops were open then.  The students were tired and hungry. At 6 AM, shops started to open, and I bought quiches for them, the first quiches in their lives.

The TGV left the airport at 7:40 AM for Bordeaux. 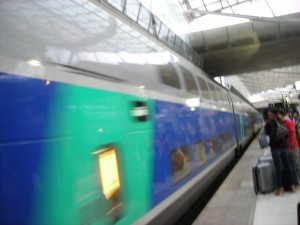 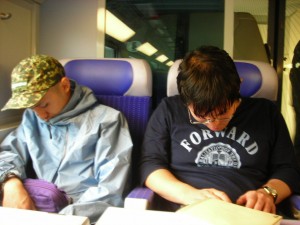 On the way to Poitiers, I received a call from Japan from a scientific organization. My proposal was accepted!

The amount of money was reduced to 2/3. Considering the present situation in Japan, it is understandable.  I thankfully accepted the fund.

Actually, I was not surprised by the phone call, but I was relieved. I am glad that the efforts from my coworkers were not ruined.

At 10:12AM, the TGV arrived at Poitiers Station. Two professors waited for us, one of whom had worked in our institute in Kofu about 5 years ago.

They took us to a university hotel. The students and I will stay in a large room together.  After I leave France, they will use the room for them.

For lunch, I took a steak tartar. 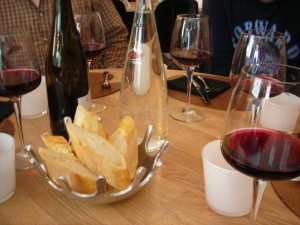 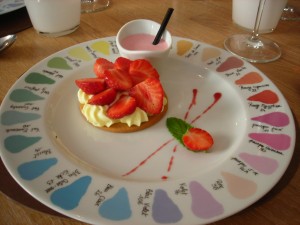 I do not miss steak tartar in France.

Poitiers is a historical city with beauty. 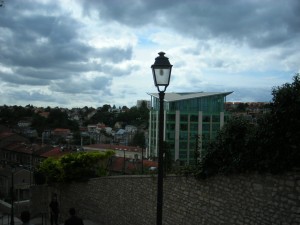 After lunch, we took a nap for two hours, which we inevitably needed.  Then a professor took us to a supermarket to buy some water and other stuffs.

Students bought passes for city buses, too.  They will take a bus to the university everyday. Then we went back to the hotel to set up for living.

At 8 PM, we went back to downtown Poitiers. It was still bright. 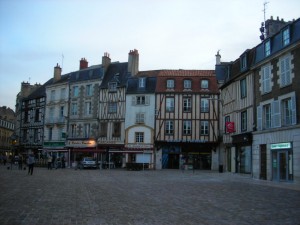 I took a classical steak with French fries, and a plate of cheese for desert. 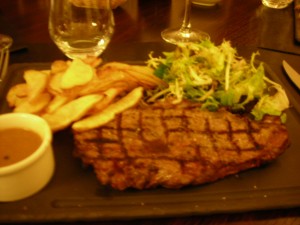 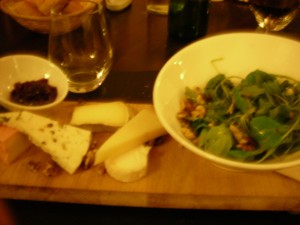 A professor took us back to the hotel.  We instantly went to sleep.

Hello! I am a scientist running apartments in Tokyo and Yokohama. If you are willing to live in Japan, please get in touch.
View all posts by Muravej →
This entry was posted in Daily life, Earthquake, Science and Technology, teaching, Trip and tagged institute, Kofu, Narita, Paris, Poitiers, professor, proposal, student, university. Bookmark the permalink.

2 Responses to Millionaire in France