The last day in France

In the morning, I had the last breakfast in the hotel. 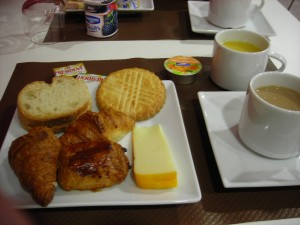 I packed up everything and left the hotel. 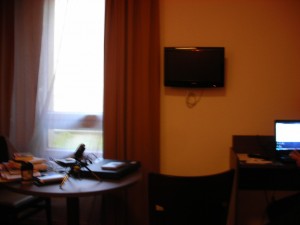 I took the same bus to the university. 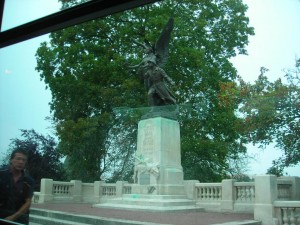 This morning, there was a final defense of a PhD student. I joined it and listen to him. 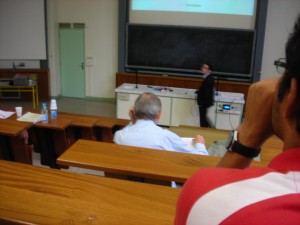 Very intelligent he was!

At the end of the last two visits to Poitiers, I took early trains to Paris to enjoy a walk. This time, because of this defense, I decided to stay in Poitiers in the morning.

The questions and answers started and continued. I sneaked out from the auditorium at 11:30 AM. 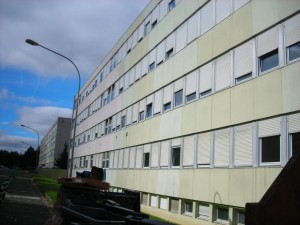 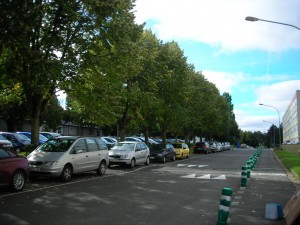 A French colleague took me to the station. 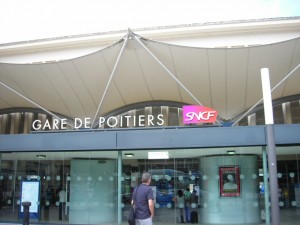 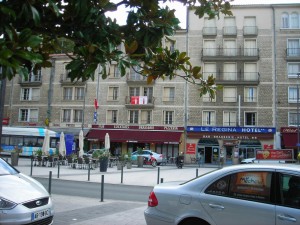 I took a TGV leaving Poitiers at 12:26 PM to CDG Airport. In the train, I had a ham sandwich. 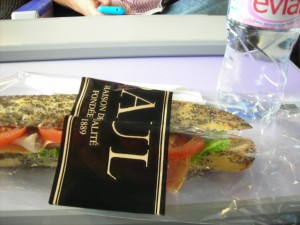 In the train, I was working with my laptop.

The views from the windows were pleasant.

The TGV arrived at CDG Aiport before 3 PM. 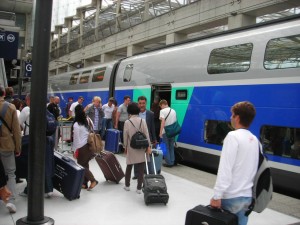 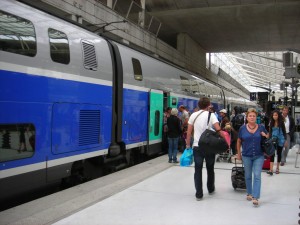 I had some time before the departure.  I felt I needed some vegetables so I had a salad. I also bought macarons following the advise from Jessica. 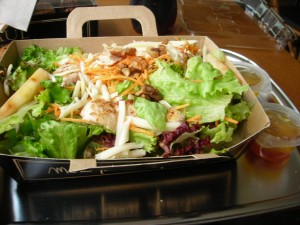 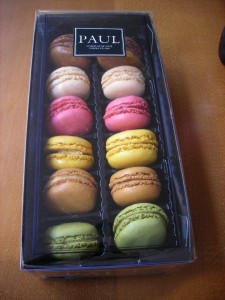 I also bought a present to Katya for her birthday on August 21, at an Hermes boutique.

I bought souvenirs for colleagues, too, because of Japan’s souvenir culture. 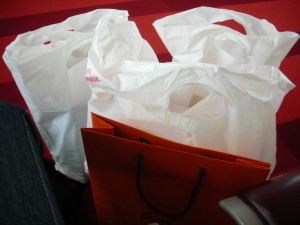 The check-in started at 4:40 PM.  Boy, wasn’t I disappointed to find out that the code-share made the flight by Japan Air Lines, not Air France!  I never take Japanese air lines for international flights to enjoy the foreign atmosphere. I lost an extra French day.

Gee, this Japanesque on video is what I did not need.

And I do not like their attitude of not keeping the sequence of aperitif, meal/drink, and digestif for the economy class (one of the good thing about Air France is that they serve champagne to the economy class people, too, which makes a good start of the trip).

Also, I personally do not like the behavior of cabin attendances with (too much) smile and politeness.

Anyway, I ordered Gin & Tonic, White Wine, Cognac at the same time when they came to serve a snack and a meal together. I wish the cabin attendant had simply left bottles for me, but the drinks were kindly served with three glasses, which made the table piled up.

I am Japanese, I love Japan and Japanese people, but I feel problems with Japanese air companies.

Hello! I am a scientist running apartments in Tokyo and Yokohama. If you are willing to live in Japan, please get in touch.
View all posts by Muravej →
This entry was posted in Daily life, Katya, Restaurant, Science and Technology, Trip and tagged colleague, defense, hotel, Paris, PhD, Poitiers, student, TGV Katya, university, walk. Bookmark the permalink.

2 Responses to The last day in France