Another relaxing but sleepy day

I took breakfast in a restaurant in the hotel.  I took a buffet. 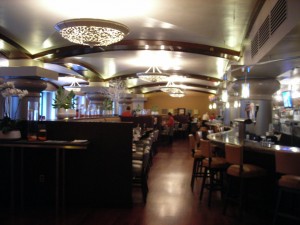 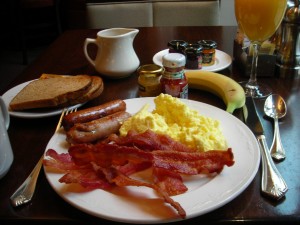 There were not many choices, but boy, weren’t they good!

I was looking for a simple American breakfast with bacon and eggs and juice and coffee.  I had exactly what I wanted. The bacon was crispy and rich and  apparently not healthy; this is what I was looking for.  Sausages were juicy,too.

Then I went to join the conference at Westin.

It was the sleepiest day since I came here, but with a good feeling that I do not have to talk any more.

I did not take lunch, knowing that it was not needed, except for a Dr. Pepper and M&Ms.

I took a nap on the sofa in the lobby for one hour.

The last talk ended at 6 PM.  I took subways to the hotel.

By the lobby, I found a showcase showing the history of the hotel and the region. 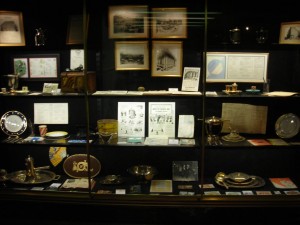 I left the hotel for dinner. 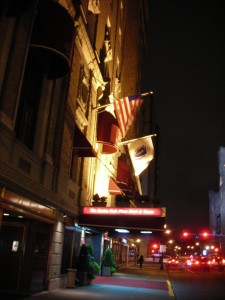 I found a bar named FiRE +iCE. It looked to be a decent restaurant from outside.  I thought I would take a salad and a glass of wine.

After I took a seat, the waitress asked me whether it was my first visit. After my yes, she started to explaine about its “Mongolian-style grill” system.  It was not my expectation!

I decided my mind to enjoy the “Mongolian style”.  They had a big hot plate in the middle of the restaurant, and cooks grilled an ingredients in a bowl customers selected. 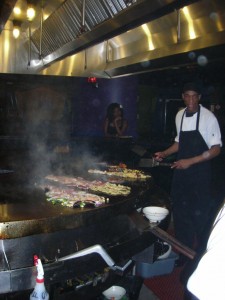 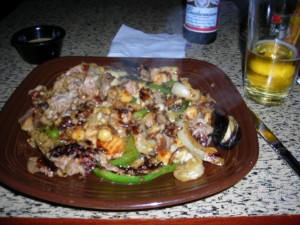 Although I was looking for something different, the food was OK.  The price was not that high.

After I came back to the hotel, I called to Katya.  She sounded fine.

Then, I talked with an American family whom I stayed with for one year during my high school days in Houston, Texas, who are now moved to Austin. I heard a news that my American brother had been married last month, which was a good surprise.

Hello! I am a scientist running apartments in Tokyo and Yokohama. If you are willing to live in Japan, please get in touch.
View all posts by Muravej →
This entry was posted in Katya, Liesure, Restaurant, Science and Technology, Trip and tagged Boston, buffet, conference, dinner, hotel, Katya, restaurant. Bookmark the permalink.