After a late taco lunch, Katya and I took Maya-san to Midorigaoka Sports Park.

On Takeda street, cherry blossoms were in full bloom.

In Midorigaoka Sports Park, the blossoms were beautiful, too. 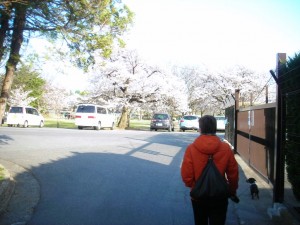 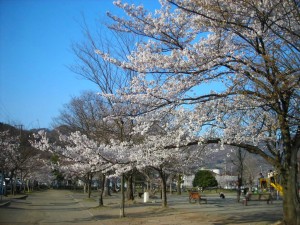 In the evening, Katya and I unintentionally watched House M.D., which started this spring in Japan.

We once lost our interest when less attractive actors joined the team. Then House himself became losing his controls in perceiving the reality.

Season 6 started with House in a psychiatric hospital. He was acting in his selfish ways as usual, and we thought it would be boring. However, House became accepting his weakness and agreed to accept the treatments.

We got attracted by the drama. We will see how he will change.

Hello! I am a scientist running apartments in Tokyo and Yokohama. If you are willing to live in Japan, please get in touch.
View all posts by Muravej →
This entry was posted in Daily life, Katya, Liesure, Maya-san and tagged cherry blossoms, drama, hospital, House M.D., Katya, Maya-san, Midorigaoka Sports Park, taco, Takeda street. Bookmark the permalink.