In the morning, I attended meetings as usual.

The ANA plane directly flying  to Chengdu, China, was small and filled with travelers, mostly Chinese. 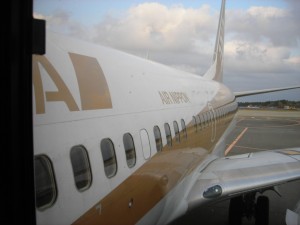 A strong wind blew against the plane, and the body much trembled. It was not a pleasant flight, but the service was much better than that of JAL

Cabin attendants were kind enough and helpful. The dinner was simple, standard, and acceptable. 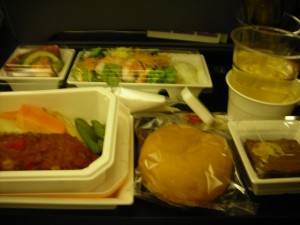 Four other members joining the forum were on the same plane, which arrived in Chengdu at 11:30 AM. It was rainy.  The temperature was close to that in Kofu. 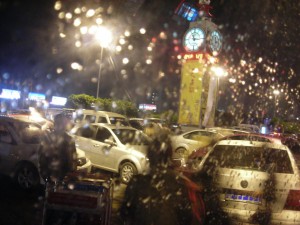 Two Chinese students came to help us and fetch a car for us to Hejiangting Hanwen Hotel. The rain stopped when we got there. 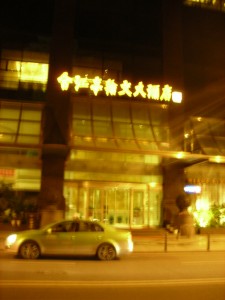 The registration took us a lot of time, because of English and credit cards.  Anyway, everybody managed to have  a room for three nights. 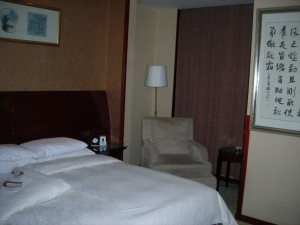 Jin River was running by the hotel, which unfortunately, was not seen from my room. 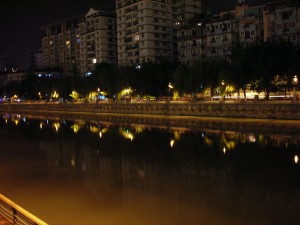 The internet, after a struggle, became  accessible from the room. I went to sleep at 2 AM.

Hello! I am a scientist running apartments in Tokyo and Yokohama. If you are willing to live in Japan, please get in touch.
View all posts by Muravej →
This entry was posted in Daily life, Science and Technology, Trip and tagged airport, ANA, Chengdu, China, Chinese, dinner, forum, hotel, internet, JAL, Kofu, meeting, Narita, registration. Bookmark the permalink.