Second day of the forum: my presentation day

While in Japan, I did not finish preparing my presentation, so I woke up at 3 AM to finish it.

I had breakfast at 7 AM. The bus left at 8 AM for SiChuan University for the forum starting at 8:30 AM.

I was the second to the last to talk, and waited for a while till my turn came. I showed 40 slides in 20 minutes to make people impressed. I think they were impressed, but instead, probably they did not understand me very well.

After the final talk from the Chinese leader, we went back to the hotel and had lunch again in Shangri-La. 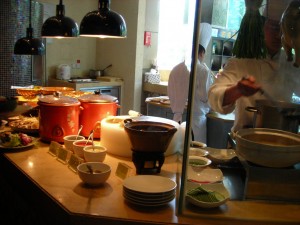 After lunch, we walked across Anshun bridge. 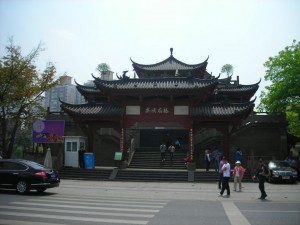 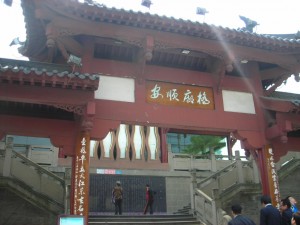 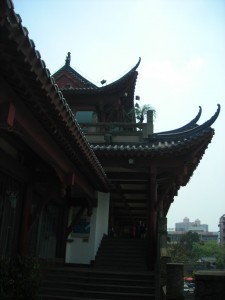 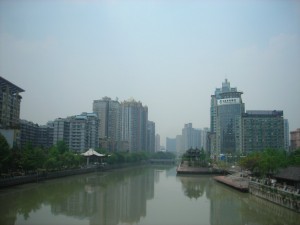 Across the bridge, there were one convenient store and one small grocery store. I waled in, but there were no mapo toufu kits.

A Chinese student asked sales ladies  and told me that people in Sichuan make mapo toufu from the pastes, and that they do not buy kits.

We walked back to the hotel. Forum is over. Free afternoon.

One Japanese was leaving for Japan today, another one and I stayed  in the hotel, and four other Japanese professors with one Chinese woman professor went to see pandas.

I worked a bit and slept a bit.

At 5:30 PM, panda tourists arrived back at the hotel. Two Japanese who had stayed in the hotel (one was me) joined them for dinner.

We took cabs and arrived at a traditional, local Chinese Hot Pot restaurant, which the Chinese professor had found in a guide book. 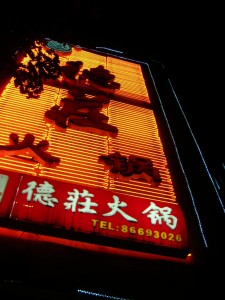 The pot was spicy enough, but not something that kills us. 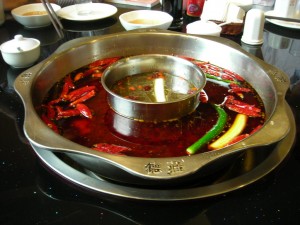 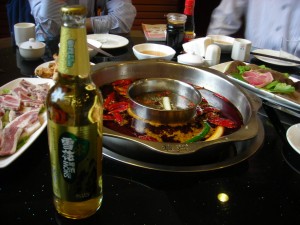 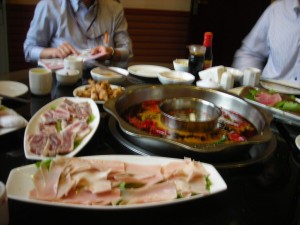 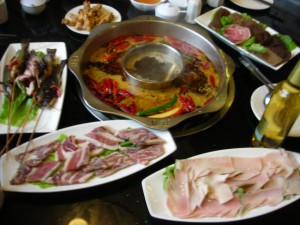 I wish I had been in a better physical condition; I was tired and sleepy and did not fully appreciate the heavy meal with a lot of beer.

After the dinner, I almost gave up on the mapo toufu kits, because I will leave the hotel and fly back to Japan early tomorrow morning. Will I be able to find any at the airport?

The Chinese professor kindly told me that she would take everybody to famous streets in Chengdu, China Lane (宽窄巷子), where I would probably find mapo toufu kits. 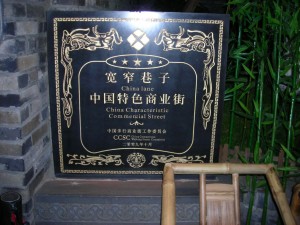 The streets were modern-retro, touristic, but beautifully arranged and very pleasant to walk around. 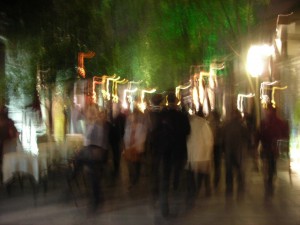 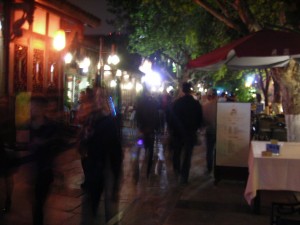 Very fancy. If you have a chance to visit Chengdu, this is a must at least for one night.

There were bars, coffee shops, and fancy tea shops, etc. It did not seem that there was a souvenir shop selling mapo toufu.

At the end of the street, the Chinese professor found one souvenir shop for tourists. 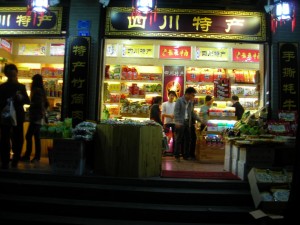 Yes I found the mapo toufu kits!! I bought six boxes of them. 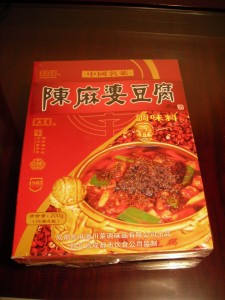 After we came back to the hotel from a wonderful walk, I was working at the desk. Very late at night, I received a telephone call from the lobby telling that a parcel had been delivered to me. “May I bring it to you now?”  I said yes.

A man brought me a bag to my room. There was a note inside. “These are for your wife.”

The Chinese leader sent me another six packs of different mapo doufu kits!!

Hello! I am a scientist running apartments in Tokyo and Yokohama. If you are willing to live in Japan, please get in touch.
View all posts by Muravej →
This entry was posted in Daily life, Katya, Restaurant, Science and Technology, Trip and tagged Chinese, forum, hotel, mapo toufu presentation, professor, Shangri-La, SiChuan University. Bookmark the permalink.