I left home for Tokiwa Hotel, the most prestigious hotel in Kofu,  for the wedding. It was built in 1929.

When I was taking a picture of the front view of the building, I was asked by an employee of the hotel to post an article on the blog if I have one (for a free commercial, of course). I said yes I have one and I would.

When I entered the hotel, I was astonished by the Japanese garden seen through the big windows of the lobby. 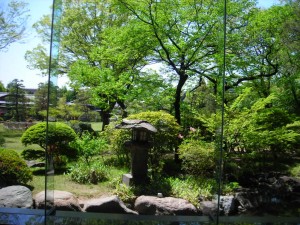 The wedding was held in the garden, which was a perfect idea, except that the temperature in Kofu raised up to 30 degree C! The wedding started at 11 AM.

The couple walked to the stage. 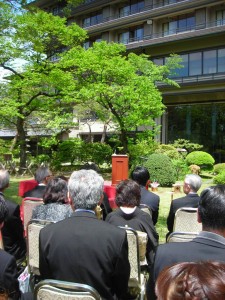 The wedding was not given in a specific religious style. They did not invite priest or monk; the couple declared their wedding  in front the attendance, but not to gods. 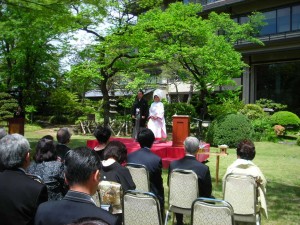 So the wedding seemed to be, in a few words, of sort of a mixture of Shintoism and Christianity.  They drank sake three times as in the old Japanese tradition and changed wedding rings as well.

It is not a wedding based on a religion, so probably, they can do whatever they want.  Many Japanese are not religious, at least in a systematic manner, so it did not seem too odd.

They left the stage walking together. Camera and video crew followed them. 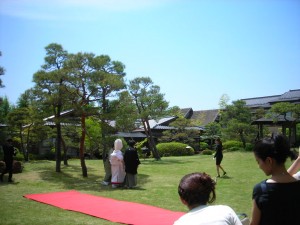 At the reception of the wedding party, the attendees gave money for celebrating the couple, which is eventually used for the wedding. 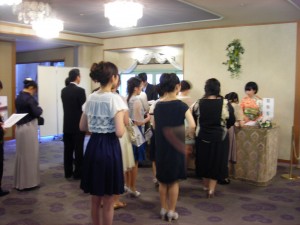 The wedding party started at 12 PM. 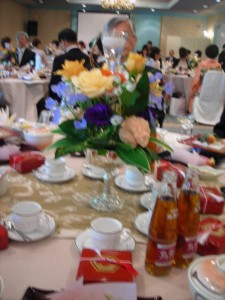 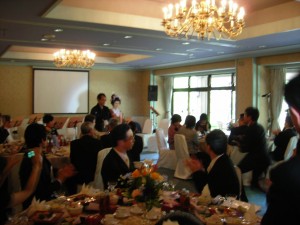 I do not show all the pictures for keeping the privacy of the attendees, instead, I show the dishes as usual. 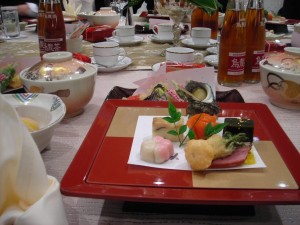 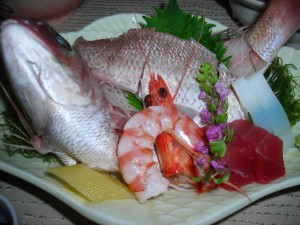 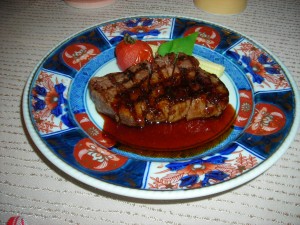 The couple cut a cake, changed dresses, walking around the tables and talking. Videos from friends abroad were shown, as well as the pictures of their histories, etc., etc.

The couple met in an amateur orchestra as players. With other members, they played some pieces.

Katya and I will see them at the concert at the end of May (we are the supporting members).

After the end of the party at 3 PM, Katya and Maya-san picked me up to home.

Then, we went out together for a walk.  Dogwoods were beautiful. 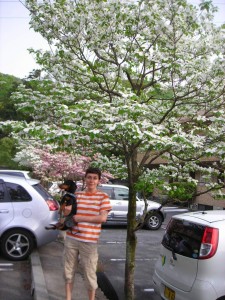 Hello! I am a scientist running apartments in Tokyo and Yokohama. If you are willing to live in Japan, please get in touch.
View all posts by Muravej →
This entry was posted in Daily life, Katya, Liesure, Maya-san, Restaurant and tagged blog, dogwood, garden, hotel, Katya, Kofu, Maya-san, orchestra, party, Tokiwa Hotel, walk, wedding. Bookmark the permalink.